It was in December 1989, as an undergraduate student at Zagreb University, that I first came face to face with Thomas Steitz: he was looking at me from a Research News article published in Science, “The structure of the ‘second genetic code’” (Waldrop, M.M. Science 246, 1122; 1989). The article reported that Tom’s group at Yale had determined the first structure of a complex between tRNA and the enzyme responsible for linking it to the correct amino acid, tRNA synthetase. Because my application to Yale for graduate school had just been rejected a few months earlier, I could not imagine then that six years later, my career would bring me to Tom’s laboratory, where we would share five intense and scientifically exciting years working on the structure of the large ribosomal subunit. 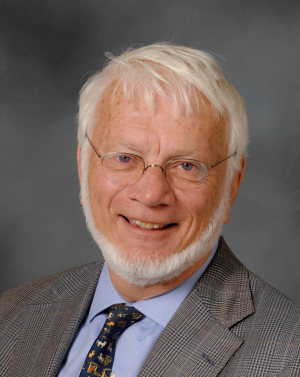 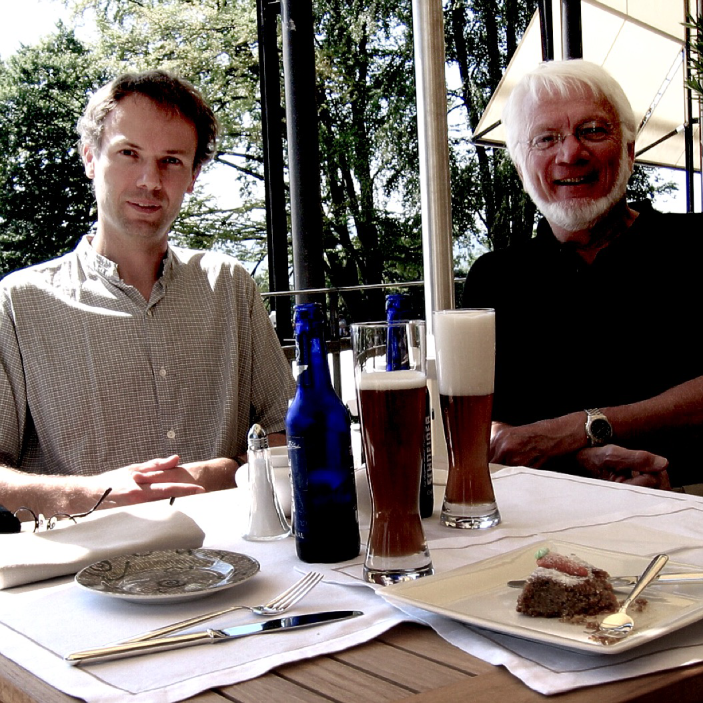 The sad news that Thomas Steitz passed away in early October of this year spread quickly through the scientific community, as it tends to do when a field loses one of its trailblazers. Tom was a true pioneer and a maverick in the field of structural biology, and he pushed the boundaries of the types of biological problems that could be investigated. His scientific contributions are now part of every undergraduate biochemistry textbook. After hearing of Tom’s passing, colleagues asked me in disbelief whether it was true, but at the same time we all were aware that Tom’s scientific legacy will live on.

Thomas Steitz was born in Milwaukee in 1940. He studied chemistry at Lawrence College as an undergraduate and then pursued his PhD studies at Harvard University with William Lipscomb. There, he also met his future wife, fellow scientist Joan Argetsinger, who was at the time a PhD student in the lab of James Watson. The two were equally brilliant scientists, and Joan herself later became one of the most prominent figures in the field of RNA biology. Tom and Joan next moved together to the Medical Research Council Laboratory of Molecular Biology in Cambridge, England, where Tom joined the laboratory of David Blow for his postdoctoral studies. In 1970, Tom established his own group at Yale and later became Sterling Professor of Molecular Biophysics and Biochemistry and Investigator of the Howard Hughes Medical Institute. In 1990, his research accomplishments were recognized with one of the highest honors in science when he became a member of the National Academy of Sciences.

That December in 1989 was not the first time I marveled at research results from Tom’s laboratory. A few years earlier, trying to understand the mechanism of DNA replication, I found that the Steitz lab had also provided the first structural insights into the mechanism of DNA polymerase and had revealed the two-metal-ion mechanism of phosphoryl transfer that subsequently was shown to apply to all DNA and RNA polymerases. Later on, during the early 1990s, with great interest, I followed Tom’s research focusing on the key molecules involved in the expression and maintenance of genetic information. His group published seminal results in that time period, including structures of the CAP transcription factor in complex with DNA; the lac repressor, a protein that was considered a paradigm for understanding transcriptional control; the RecA protein, which is involved in homologous recombination; and HIV reverse transcriptase, the key enzyme involved in viral replication.

As I was approaching the end of my PhD studies in California in 1994, I started investigating possible laboratories to pursue my postdoctoral studies. From the time of my undergraduate interest in understanding the expression of genetic information, I had dreamed of investigating the structure of the ribosome, which I considered one of the key problems in biology. However, I was unsure of where and how to pursue this formidable problem. Although at that time I was not aware of Tom’s interests in the ribosome, I wrote to Tom and expressed my interest in joining his group—where else to go for superb, state-of-the-art structural biology and the conviction to tackle the impossible? The letter I received as a reply was a revelation: without an interview, Tom offered me the position and mentioned among several other projects in his group “studies of the components of the protein synthesis machinery, including the ribosome.” Both Tom and Peter Moore, a professor of Chemistry at Yale who had devoted his entire career to studying the ribosome, were keen to pursue the project together, and I knew I had come to the right place. On a personal level, the ‘chemistry’ was also right—Tom and I got along very well. He had a charismatic presence, with his white chin-curtain beard, and he could appear intimidating because of his tendency to talk slowly and deliberately, raising his voice when somebody tried to interject. He was an impressive personality to be sure, but despite his drive, his sharp wit and his uncompromising commitment to high standards in science, he was never arrogant in his demeanor. On the contrary, Tom had a charming and very amiable personality. I could talk to him easily, about a range of topics from science to sports and politics. On the day of my first visit to the lab, there was a party, and Tom happily joined the crowd of students who got together that evening and chatted along.

In September 1995, I joined Tom’s lab, and within a few months after purifying ribosomes from a number of species, helped by Peter Moore’s technician Betty Freeborn, I managed to reproduce sheets of thin crystals of the large ribosomal subunit from the halophilic archaeon Haloarcula marismortui, which had been reported almost a decade before by the Yonath group. Then began the quest to find ways to improve the crystals and calculate the phases that would ultimately allow us to visualize the structure. Tom was in the middle of it all, and he was extremely excited by the progress. However, the crystals were notoriously difficult to handle: they were thin, and attempts to derivatize them with heavy atoms yielded inconsistent results, thus suggesting problems with crystal packing. Tom provided critical comments that kept us on the right track and prevented us from getting trapped in partial interpretations of the crystallographic data. This philosophy was typical for him: keep your eye on the final goal, and do not settle for anything less. We achieved a major breakthrough in understanding the nature of crystal disorder, an unusual case of twinning, and by the end of 1997 we were able to calculate the first maps of the large ribosomal subunit. At that stage, Poul Nissen from Denmark joined Tom’s lab, and we combined forces toward the goal of determining the high-resolution structure of the ribosome. The crystals were still frequently twinned, but, aware of the problem, we found a systematic way to perform screening. Jeffrey Hansen, who joined the project at a later stage, managed to decrease the frequency of twinning by changing the conditions under which the crystals were prepared for freezing before crystallographic data collection.

The next several years were very exciting; there were new discoveries and strategies to discuss daily. Peter shared his encyclopedic knowledge of the ribosome field, and Tom shared his vast experience in structural biology. We were also facing considerable competition, and everybody was tense, trying to be as efficient as possible. Nevertheless, when I mentioned to Tom that I was planning to take a few days off to go hiking with my friends, the same evening, he sent me a detailed description of his favorite hiking trail. That’s how Tom was.

Our results finally enabled us to see what the active site of the ribosome was made of. Tom, Peter, Poul, Jeff and I tried to rotate the crystallographic map of the ribosome by using a computer that was underpowered for the task. It kept skipping until it luckily froze at just the right moment to provide us with the perfect view. Tom was elated, eyes shining and barely able to contain his excitement. It was one of those defining moments when nature gives up one of its secrets. For the next several months, we remained rooted in front of the workstations, in my case literally, because a ruptured Achilles tendon kept me immobilized. Tom had to undergo eye surgery during that time and was forced to lie face down for a while. This setback did not keep him from working on the manuscript, face down. The high-resolution structure was published in the summer of 2000 and had major implications for understanding the evolution of life, because it revealed that the active site of the ribosome is made entirely of ribosomal RNA.

Tom’s lab continued with seminal discoveries that advanced understanding of the mechanism of peptide-bond formation catalyzed by the ribosome. However, in spite of the breakthroughs in understanding the chemical basis of protein synthesis, Tom’s mission to understand the most fundamental problems in biology resumed on many other fronts. Over the years, his research group contributed vastly to the understanding of RNA polymerases, including solving structures of complexes with a transcriptional repressor, DNA substrate and RNA transcript that have explained the opening of the transcription bubble and the processivity of the elongation complex.

In the years that followed, our work on the structure of the large ribosomal subunit and Tom’s career-long contributions to structural biology were widely recognized as important milestones in the field: Tom and Peter went on to receive the Rosenstiel Award in basic biomedical research, and the people who worked on the project—Jeffrey Hansen, Poul Nissen, Peter Moore, Thomas Steitz and myself—shared the Newcomb Cleveland Prize of the American Association for the Advancement of Science with the group of Harry Noller. Tom later also received the Keio Medical Science Prize, the Gairdner International Award and the George E. Palade Award, and in 2009 he shared the Nobel Prize in Chemistry with Ada Yonath and Venkatraman Ramakrishnan. On the day after the carefully choreographed Nobel Banquet, a large picture on the front page of the Swedish newspaper showed Sweden’s Crown Princess sitting between Tom and Venki, enjoying the meal. In a small footnote on the same page, the newspaper also featured a photograph of the American president, and I felt that for a moment the world was in its right order.

Tom’s view was that to fully understand the chemical basis of biological processes, one had to capture the involved molecules in a functional complex and visualize them at high resolution. Pursuing this vision over many decades, Tom’s group contributed monumental discoveries that changed structural biology and the understanding of life. He will be missed as a scientist by everyone who has ever read his papers or heard him talk. By those of us who knew him personally as a colleague or mentor, he will be missed also as a dear friend.

Hotel accommodations were held at  The Study at Yale. 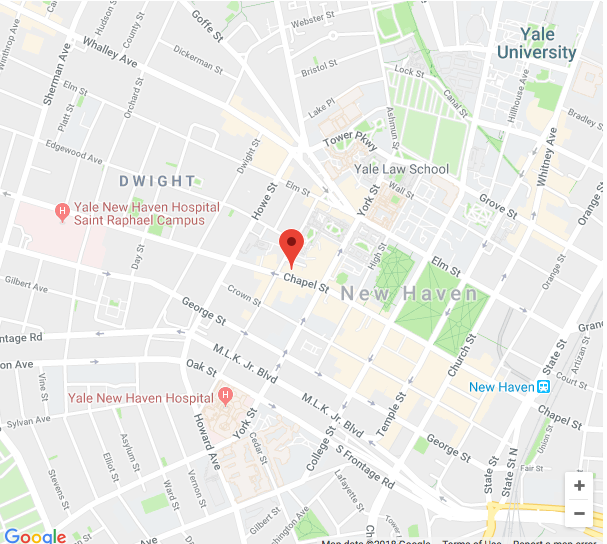 These restaurants are within easy walking distance of the Law School: